Well. I am sure some of you have heard this brou-ha-ha over Creme de la Mer Moisturizing Cream-- I certainly had. "It works!", "it's a gimmick", "it was bought over in 1996 by Estee Lauder and since then it has never been the same", " it was a sea kelp miracle invented by a burn victim and it healed him", "JLO puts it all over her body which is why she doesn't look a day over 31".
Wait! If JLO (who I know hates being called that, but I am sort of stuck in the late 90s, pop- culturally speaking)-- she of the beauty which is so creamy and cool and nude-y-- rubs this all over her bodacious bod, I had to see what all the fuss is about.
So began my foray into exploring the mystery behind Creme de la Mer. I was convinced, like I usually am about $130 for 1oz face creams-- that they are a farce. A ploy to get Asian women who still think Louis Vuitton is actually a luxury brand to buy the $1395 tubs of this stuff, because they CAN, and convince them that their perfect Asian complexions, which weren't going to crack anyway, are kept that way because they are using this cream.
However- I finally got some of this cream for myself. I am a skeptic and I think Oil of Olay is a perfectly wonderful face cream. I was instructed at the Neiman's counter about how to use this Creme de la Mer omg-it's-so-wonderful cream. I needed to emulsify it between my palms and then sort of dab it in to my skin to start seeing and feeling results. Got that? Rub until clear, and then pat pat pat into your skin.
It's been a week, and there has been a change in my skin's 'smooth' factor. Something is different-- something is creamier. I will never be like JLO-- but something is right about the way my skin is handling itself. Having packed on a few pounds over the holidays (I am way past my "Hey Baby" weight-- you know-- the perfect weight where you get hit on like all the time and all of a sudden your jeans from when you were totally off carbs look good and you and homeless AND trannies comment on you). Anyway I am waaaaay past that point, but yet somehow, I have been getting a lot of compliments. From the baggage handler to the taxi guy to the TSA security peeps-- and it's definitely not because my hips look like I could easily slip out a set of quints when I sneeze. TRUST. I think it might be the cream, and the way it makes my skin look younger.
Anyway, the bottom line is there is some truth to the hype in my experience. I don't know if the 'miracle broth' that they tout so heavily is really anything more than vaseline in an expensive jar. I am not a scientist, I am just a simple cavewoman consumer. But the point is, I don't know if I can live without this cream. I am shamefully addicted... I need my next fix.
I believe.
Kisses,
S.
Email Post
Labels: Brand: CREME DE LA MER face 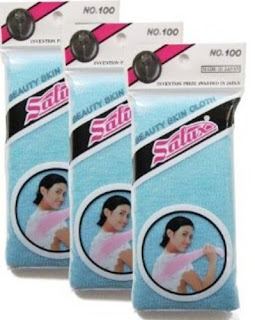 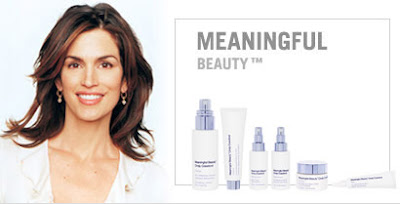